It’s almost the one-year anniversary of my son’s death. There needs to be another word for this. “Anniversary” is usually accompanied by “happy,” and there’s nothing happy about this.

In Yiddish, they say “yahrzeit.” I found this explanation: “The yahrzeit is a time for study, charity, kindness and reflection in honor of the loved one. Observed every year, the kindling of a yahrzeit candle and the recitation of the Kaddish serve to honor the memory of a loved one now and for generations to come.”

Other cultures find ways to meaningfully manage death and loss. Americans tend to avoid talking about death or loss, as if it were catching. You’re just supposed to put it behind you and carry on, keeping your grief hidden away. We compliment people who do this, calling them “strong.” I’ve heard this a lot over the past year and while I appreciate the sentiment, I am not strong.

When I got the news my son died, I went into shock. I never really understood what that meant until then. But it is a physical and mental reaction—your mind and body just sort of shut down and go on autopilot in self defense, because what has happened to you is so enormous, you literally cannot face or process it. People told me I was being strong then, because I was functioning. There’s a lot of planning and logistics that come with a funeral, and I managed it—mostly because my brain said, “Oh, I cannot deal with this thing, so I will control these other things that I can.” But that’s not strength, it’s self preservation.

I think for the first couple of days, I didn’t really believe it. Because I wasn’t home and didn’t see him, there was a part of me that thought it was all some sort of horrible nightmare. I remember bugging the funeral director about being able to see my son. That lovely man made sure that as soon as the body was released and he could prep it, he called me to come over, even though it was after hours.

When I walked in and saw my darling boy, and knew that he truly was dead, I fell to my knees and cried in a way I never have cried before. Heart-rending sobs filled with pain, because a part of me was dying and it hurt. Much about that first week, and even this last year, are hazy but that hour with my dead son is a memory that is seared into my very soul. I eventually stood up and walked out the door, but there is a part of me that is still on my knees in that room and always will be.

I am forever changed. I’m not the same person I was a year ago. Some of the changes are for the good. I’m a more patient parent, because I realize you really, really don’t need to sweat the small stuff. I’m a kinder person, because I know first-hand how much a kind act or word can mean, even to a stranger and that none of us can know what pain we each carry every day.

What I am not is stronger. I don’t walk through this world with the same surety, content with my choices. I don’t feel safe, because I know bad things can happen and the world is cruel and random. I understand that love is not always enough. It’s not strength that keeps me going—it’s acceptance that there is no real alternative, and that while love may not be enough, it’s what I have to give to my husband, son and daughter.

While the metaphors I choose to talk about grief are usually about water, I’ve noticed that when people talk about my son, it’s often in terms of light. When we see a rainbow, we say, “Charlie is saying hi.” We think of him as a bright shining light…because he was. And our world is darker without his light in it.

On July 16, please light a candle for Charlie. Help bring back a little bit of the light we lost. Reflect on the lessons he had to teach us. Be kind to your family, your friends and even strangers. Just don’t be strong—because it’s okay to show your grief, to be sad and to mourn. He deserves it. 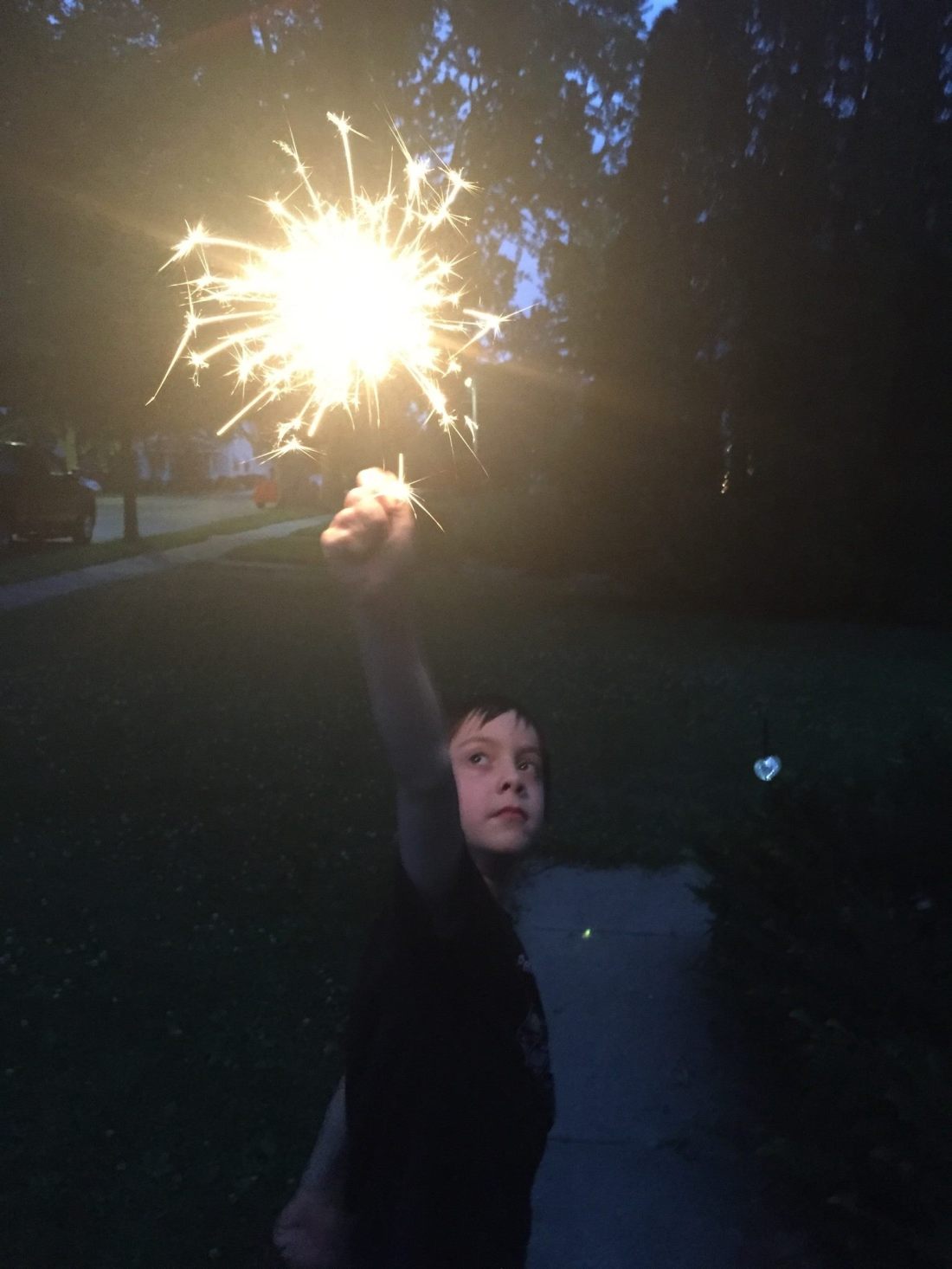 One thought on “Grief Journal: Not an Anniversary”