This is the last picture I took of my son alive, one year ago. He’s enjoying ice cream, which is something he really loved, as most kids do. And given the challenge we had keeping weight on him, we let him indulge. 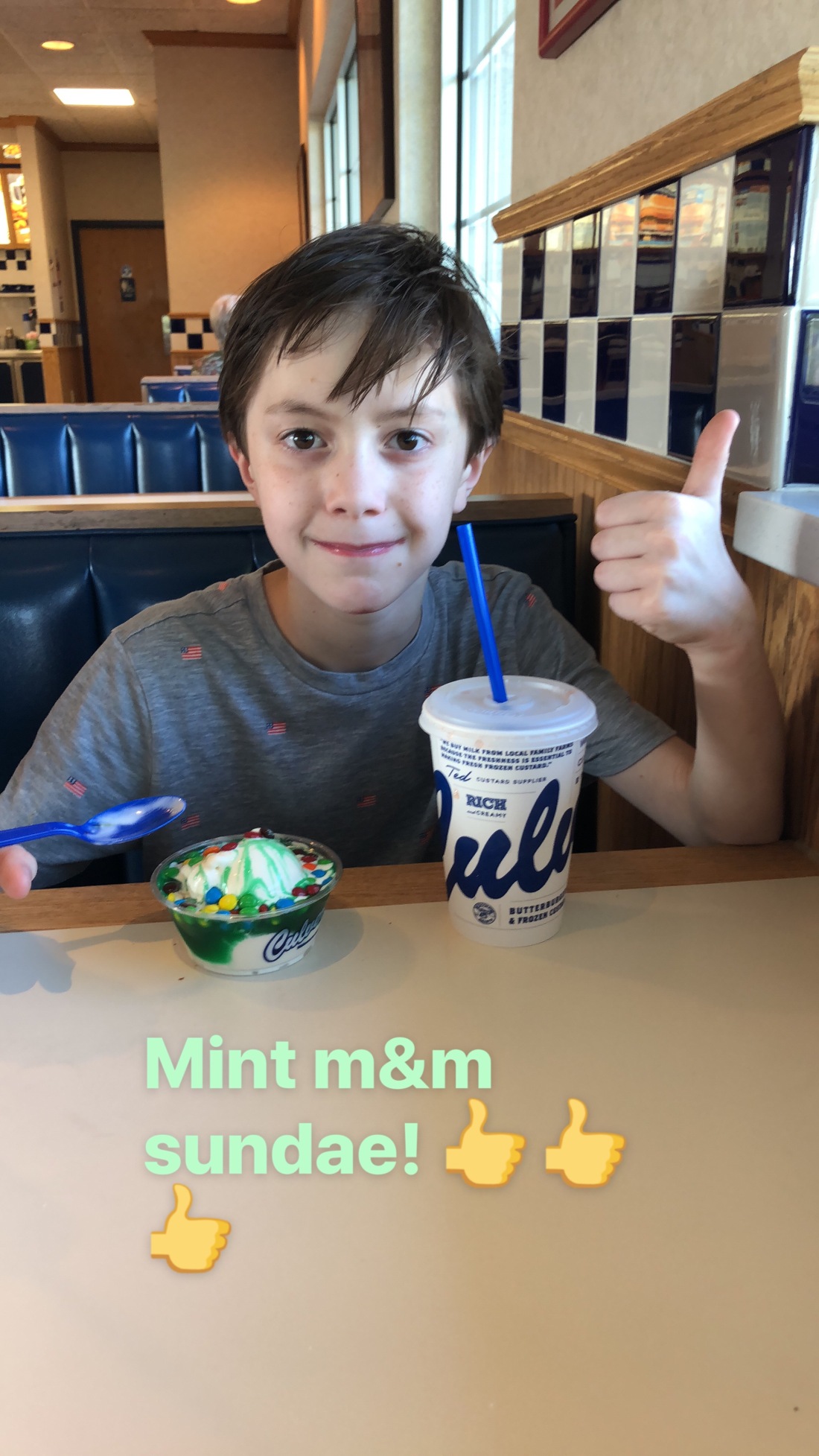 Here are other things he loved, in no particular order:

I could go on and on. Such a prosaic list—things hundreds of other kids like as well—yet put all together, you get the one and only Charlie. He was so much more than the sum of his interests, but his passions (he loved or hated things, no middle ground) and the things he cared about certainly helped make him who he was. So when I write this list, it sounds dull and dry, yet it sparks a cascade of memories of him, alive with curiosity. He did everything, even sleeping, intensely–and he wanted you to feel intensely, too. Not one picture I have of him captures his sheer joy in living.

I miss him more than I can say. And I still can’t quite believe, nearly a year later, that he is gone. I’m not sure I ever will be able to fully accept a world without his light in it.