The 17th would have been my son’s 11th birthday. This was one day after the six month “anniversary” of his death.

I had planned to write a post celebrating his life, because the post commemorating the fact that it had been six months since his death was full of grief and sadness. I found myself unable to write on his birthday because every time I thought about him, all I could think is what a waste his death was. Not just a waste of a human life, which is inherently precious, but a waste of all of the potential he had.

11 years ago, when I gave birth to him on one of the snowiest days in years, this was not the future I imagined or wanted for him.

I had a scheduled c-section, after six weeks of bed rest. In the recovery room, they laid him on my chest. He lifted his head, looked at me, then started scooting his way up so he could latch on to the nearest food source. His father and I marveled at how strong he was for a newborn, and laughed that this was a kid who clearly knew what he wanted.

We fell in love, and vowed to always love him. To keep him safe. To help him grow into the amazing person he was meant to be. To be the best parents we could.

We didn’t know what would happen. How could we? When you bring your child into the world, you never, ever in a million years think that you will watch him leave it.

10 years was not ever, could never, be enough. I will never again tell my beautiful son “happy birthday.” How can that be ever be okay?

I miss you, darling boy. 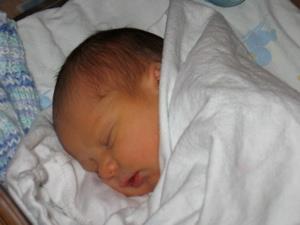